They kill 1500 buffalo a year in Yellowstone. They come at them with helicopters, shoot them for stepping outside the bounds of the park, bounds that were placed around the last living pure breed of buffalo in the United States.

The Caravan stopped at the Buffalo Field Campaign campsite on our way through Montana, and were greeted by welcoming activists who sat down and talked to us about what they do, and two dancing, blonde haired twin toddlers, who proved that living out in Yellowstone created quite the rambunctious, free spirited characters. The camp is a series of four cabins, with a communal house for volunteers, and about 26 pairs of skis. The woodlogs are piled up outside the walls of the houses, and a placid lake is spread out in front of them, all within a few miles outside Yellowstone.

The Buffalo Field Campaign began as a solidarity movement with the buffalo and native tribes to protect the buffalo from being killed by policies that have been kept in place by anitquated laws. They spend most of their time in the field with the buffalo, sitting with them, and being present when they are assaulted. Their tactics have evolved from direct actions and media awareness of the issue, to policy changes and lawsuits pioneered by former volunteers of theirs who went on to become lawyers.

At the heart of the issue, however, their campaign is about more than the buffalos. The situation is a convergence point for multiple issues of discrimination and policy in the United States. It’s about racism. The buffalo is a symbol of strength and connection to the past for Native Americans –allowing it to flourish would represent a victory for them, and give their people strength. At the core of the issue is landrights and economics –major opposition to the buffalo come from cattle ranchers in the area, who make a kiling off of grazing their cattle on pulic lands (grazing cattle on private lands costs $11 to every $1 grazing on public lands costs). Public land grazing is one of the largest agricultural subsidies that happens in the United States; rather than let the buffalo roam it, the private cattle ranchers would rather feed their animals on it rather than pay to own their own land and have taxes and upkeep.

The buffalo represent the idea of America in many ways –the lone animal on a field, primal, strong, with the wisdom of the original people. Today, they are caught between economic greed, stagnant policies, and straight up discrimination, and the result is a wild and sacred beast is being lost. It’s a metaphor for the spirit of our country…and it’s up to us to do something about it. 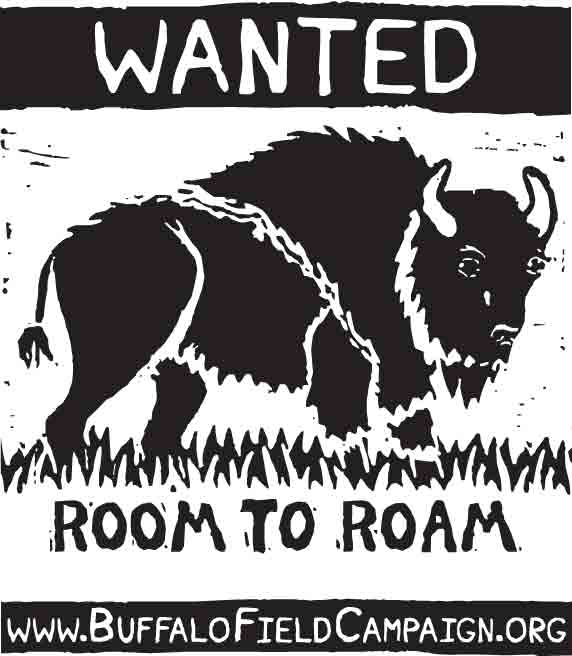